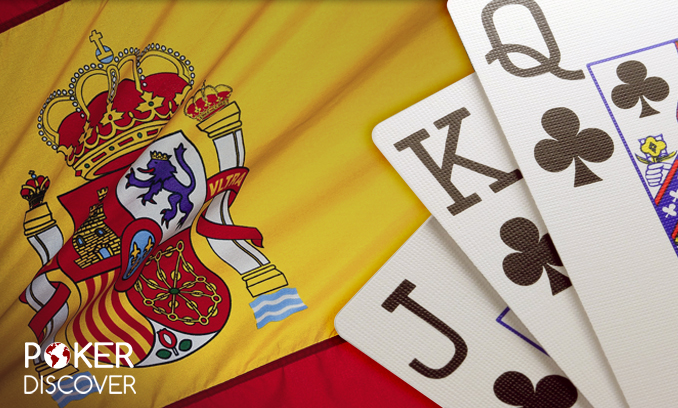 Spain is a European Belarus, only with more sun and more luxurious casinos. Gambling, based on the skill of playing was legalized in the late 70s in this country, and the slots appeared in the early 80s. Modern Spain is considered one of the most venturous nations on the planet: a few dozen first-class casinos, magnificent hotels, freedom for poker players. Spanish poker thrives.

There are not so many famous Spanish players in the international arena: Andoni Larrabee, one of the finalists of WSOP Main Event in 2014; winner of the WSOPE Main Event 2013 Adrian Mateo Diaz, EPT finalist Raul Mestre, etc..

Where to play poker in Spain?

Almost any major city or resort in Spain has its own casino (and sometimes more than one). And many casinos differ in their size, amenities and history: individual establishments are almost 200 years.

First of all you should visit Barcelona and Madrid. In the first city in the Casino Barcelona, the stage of the European Poker Touris held annually, and in August 2014 there will be held the anniversary, the 100-th round. There is an ulterior motive that one of the most beautiful cities in the world was chosen for this anniversary: it was in Barcelona that the first stage of European Poker Tourin autumn 2004 took place. Also in Barcelona the World Poker Tour stops.

Casino de Madrid is located in the center of Madrid, one of those institutions with a 200-year history. Also popular are casino Gran Madrid Colon and Gran Madrid Torrelodones, the latter being situated out of town. Naturally, in the mentioned above and other Spanish casinos there are poker tables, and most of them have their own poker rooms.

There is also a casino in Ibiza – Casino de Ibiza – and in other popular resorts.

Who plays poker in Spain?

In Spain poker is for every taste and pocket. All major cities have their own poker tours and series with buy-ins of several hundred euros – Mega Poker Series Madrid, CNP Malaga, Super Stack Valencia, etc.

At stops of large series one can play the tournament for a few thousand euros, and even tens of thousands.

One cannot find cheap cash in Spain: in most poker clubs and casinos the minimum limit is usually €1/€2. Rates reach up to €20/€40 – for example in the Gran Casino Costa Brava, Girona in the north-east.

In the most reputable gambling establishments where ordinary people are not allowed, limits can easily reach several hundred euros.

For poker players there is a sense to play in the resort towns. For example, take the area of the Costa del Sol – Malaga, Torremolinos, Benalmadena, Marbella, Nerja, Estepona, Manilva, Torrox and others. Many of them have their own casinos, which are often visited by well-off tourists, as staying in Spain is not  cheap.

Field in the resort cities should be weaker, stronger regulars play in the centers of poker – Barcelona, Madrid, etc. In those casinos the game players can be very different: cool regulars, and supertighters, and fish.

Stick to one rule: the more expensive the resort is, the weaker is the field. However, this is not an axiom. There are not so many strong Spanish players anyways.

So we have a great option for poker fans: dozens of casinos in Spain, tournaments and cash, great resorts with poker clubs, weak and fat fields (not all of course). Among the mandatory stops – Madrid and Barcelona, others – according to your taste; it is highly desirable to try poker clubs in the resort towns.