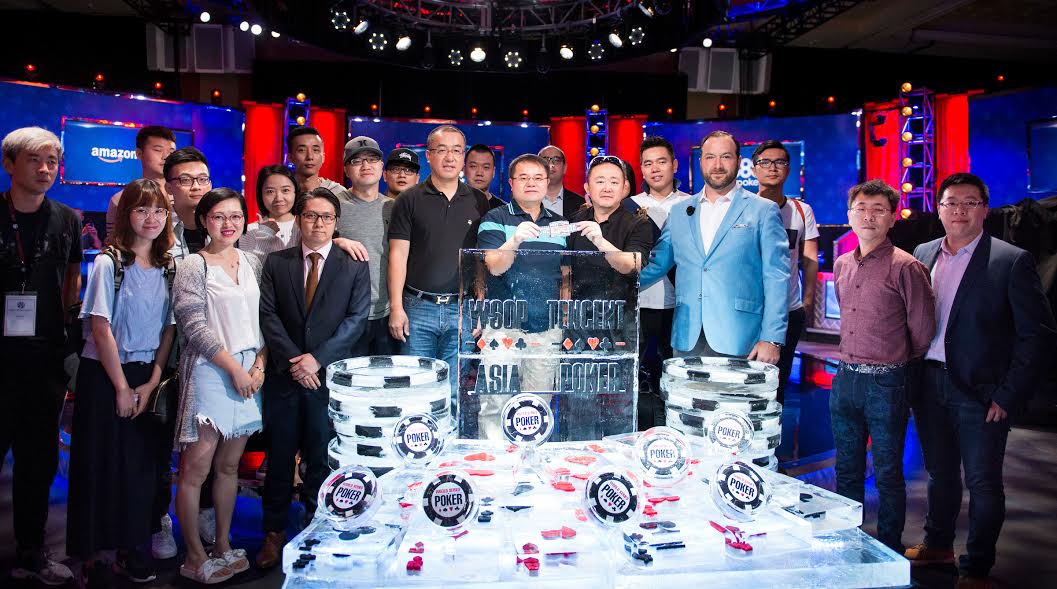 World Series of poker spreads its authority for one of the most impactful countries in the world – China. The series management made a 10-year agreement with Chinese holding company Tencent, the owner of an incredible number of popular services, web sites, applications and games. WSOP is going to have all sorts of stages in China in the nearest future and become the part of the platform Tencent Poker with millions online users.

Negotiations with Tencent representatives lasted for two years. Looks like serious and constructive dialog has lead to the really interesting union, which is able to put the whole poker industry to life.

It all has started a little earlier – from the purchase of OnGame International brand by World Poker Tour (WPT) in June 2015. Then the Chinese company has seen a well-organized poker tournament for the first time. It was a whole series of tournaments in fact. Not just some undercover games everyone used to see here with vouchers of tourists agency instead of money, a full-time European poker with high-quality service.

Then their eyes lit up.

How Martin Jacobson was touched in China

In the spring last year World Series of Poker Main Event ex-champion Martin Jacobson flew to China on Tencent’s request. It was purely business trip which was presented big time for Chinese public. The Swede was met like a national hero to say the least.

“Fans started to come up to me in airport in Changsha. They asked to put an autograph on various places, like decks of cards or any part of their skin. Later I discovered that some of them spent several hours to get there and shake my hand. I took photos more than a hundred times in several days and gave as much autographs. I’ve never experienced something like this. It was weird, interesting and took a lot of strength from me”, - recalls Martin

They like to gamble in China. They like playing poker as well. Asian overreact to some things that are already common in West. We can name Japanese who idolize musical bands when they come to them from all over the world. Chinese are quite the same.

Alex Dreyfus promotes his Global Poker League (GPL) in China for a reason. Many people see future in this country. Let us talk a little bit more about the deal and the company Tencent. In short, Tencent is something like Google, but without its search engine (to be more precise, without a monopoly in the industry). This is a huge corporation, total volume of which is equal or higher than the one of Alibaba’s. Hundreds of millions dollars.

What’s the most important part for us, Tencent has a poker portal with a huge audience. Something like Zynga. This is the most interesting active for WSOP where they are going to put their brand. Not just ads, something more.

WSOP China is scheduled for December this year

According to the representatives of World Series of Poker Seth Palanski, the first stage will take part on the isle of Hainan this winter. Unfortunately, according to Chinese laws, one can’t gamble for real money in this country officially so the tournament is going to be a freeroll with a golden bracelet for the winner.

This is going to be a tryout, no more than that. We should have a look how it is going to start off. By the way, Chinese authorities repeatedly closed absolutely legal series before.

What’s more important, this is a potential reincarnation of World Series of Poker Asia-Pacific (WSOP-APAC). The series was frozen several years ago and have taken part in Melbourne before. This is a good news for Asia in general.

In result, we see serious union of two giants. One is full of poker knowledge and the other has the needed platforms (including offline ventures) for spreading this knowledge.

The things will only emerge from there.

All the poker clubs in China

All the poker clubs in Macao

You can read more interesting and useful articles from the world of poker in our blog. Also look for poker clubs across the city or country to get to know about upcoming tournaments or cash games at the PokerDiscover.com portal.

If you liked the article, don’t forget to share it with your friends at social networks.