As the level of competition is very high, you have to find edge by all means possible. It’s known for quite some time that many pro (and not only pro) players regularly use different kind of stimulators to enhance their game quality. Those substances often have serious side effects. But there is also a little group of natural additives and we’re going to talk about them now.

We are not going to write about preparation and substances which cause addiction, seriously affect on brain work and nervous system. This is no the way poker meant to be played and popularized.

We will not be recalling Stu Ungar, 70s and 80s when one could often see at the poker table (even at World Series!) a pack of amphetamines and something like Diazepamum. We will not be telling you the most widespread brands among the modern day online and live players of strong and prohibited preparations.

Let’s turn to the most interesting additives and stimulators which were checked clinically along the certain period of time. Let’s start with the most difficult ones.

Warning: Before using any additive (especially big amounts of it) have a consultation with the specialist. Take this warning seriously. This is important! Very interesting stuff. As its creators tell, it is made entirely of natural ingridients (what is far from the truth). This is a natural nootropic -- substance which affects the highest functions of the brain.

CILTEP, just like the other nootropic substances improves memory, efficiency of the brain and increases concentration. All the things good for poker players.

This stimulator has received wide popularity after Martin Jacobson victory at WSOP 2014. The Swede will admit using this additive later.

We must say that the manufacturer of the additive, Natural Stacks company was the sponsor of the champion, so we can doubt this words.

CILTEP's composure consists among others of artichoke and forskalin - both natural substances. It is harmless in general

Another nootropic but with another composure. Famous Canadian pro Sorel Mizzi was telling good things about this product in the past.

Just like CILTEP, Alpha Brain consists of natural ingidients. It is being prescribed to professional athletes, even during the participation at competitions (no doping-test failures so far).

This is a complex of additives with targeted audience as poker players. When you are at Products section, it seems like you have entered a shop of athletes’ nutrition.

There is a whole line of additives: complex for better sleep, energy drink, and multivitamin complex. You can even buy a shaker.

Most of Earth’s population is on caffeine. We are hooked on this substance without us being aware of that and denying in at all costs.

You don’t need any additional comments on that. Coffee seriously stimulates your body. You can die if you drink about a hundred cups of coffee in a short amount of time. In small doses, coffee invigorates the nervous system. You must especially be careful with “Espresso” as caffeine percentage in it is one the biggest. Instant coffee contains five times less caffeine.

Tea is the coffee with less pronounced effect. It has caffeine in it, just lesser amounts. And the effects of it lasts longer.

Cafeine in tea is called theanine. This substance directly effects the nervous system; It is responsible for wow-effect of Puer and other popular tea sorts. By the way, be careful with Puer, looks like caffeine concentration is much bigger than anywhere.

Beside theanine there are also such substances as theophylline and L-theanine in tea. The former changes mental state, nourishes the blood with oxygen, normalizes breathing. The  latter is the natural neurotransmitter, also stimulates the central nervous system and you feel relaxed at the same time. 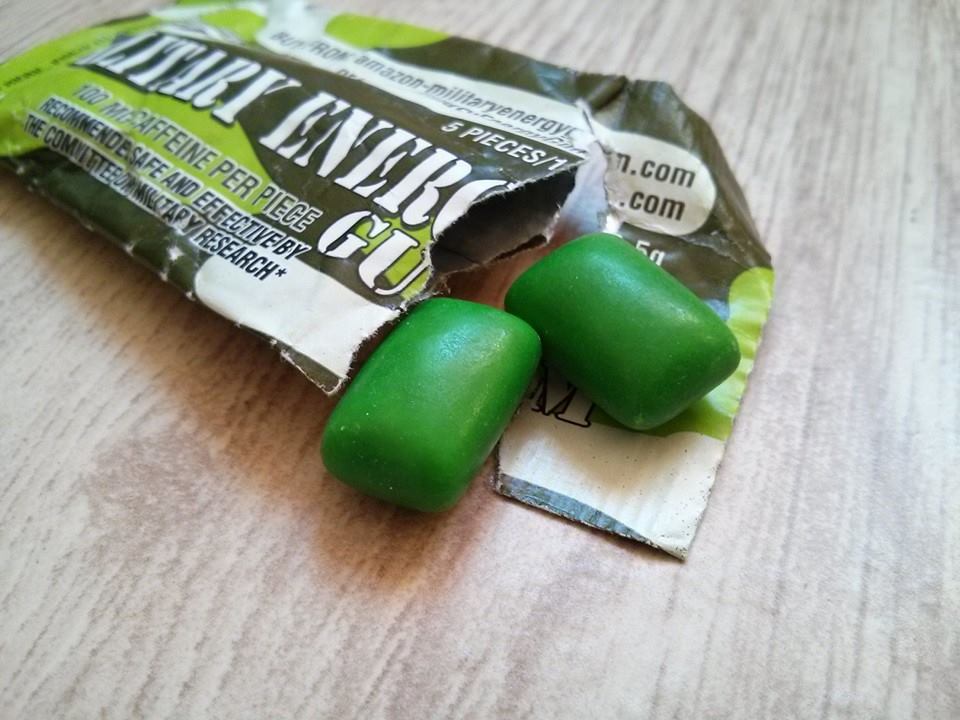 Very interesting product which is used in the US Army. For example, there is a gum called Military Energy Gum. It is being used during war actions. It is also included in special forces ration.

To simplify things, we can tell that these gums are usual caffeine doses quickly absorbed by the body. And big dozes, considering the size of the gum. They usually only have mint flavor.